It is the use of equines by man to carry charges on their backs using specially designed pack equipment. These specially designed packs evenly distribute the weight and volume of what is carried. Different regions have different designs for the carrying packs, in wood, wicker or leather, depending on what is being carried. 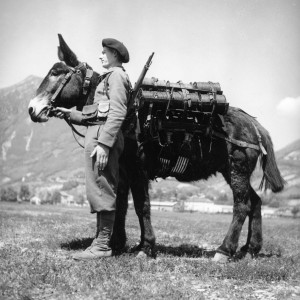 Before the arrival of railroads and motorcars, packhorses, donkeys and mules were used to carry all kinds of merchandise. They were also used in war to carry armament, munitions, and supplies.

Mule caravans would cross the mountains of southern France carrying salt collected in “Hyères.” This was known as the “Salt Run.”

In the Pyrenees, donkeys were used to carry ice that was used for conservation and cooling.

In the Jura region, pack animals were used to transport milk jugs to packing houses when the cows were in their high pastures. 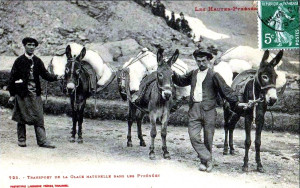 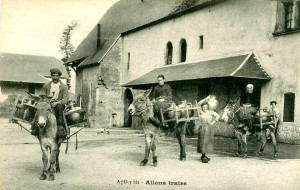 In developing countries, pack horses are still used as work horses and are part of the life of populations in many sectors including agriculture, construction (transporting merchandise), tourism, mining and public transport.

In developed countries, pack horses are mainly used in ecotourism and hiking, carrying hikers’ luggage. They are also used to set up hiking trails and to mark new trails. Pack animals are used in agriculture to carry farmers’ products in isolated and rugged terrain, and in forestry for horse logging.