Eco-pastoralism is an alternative solution for the ecological management of environments by rustic breeds of herbivorous animals. It uses their feeding pattern to ensure the upkeep of the environment by grazing on grass and other vegetation. It brings with it a lower environmental impact: reduction of additive input and waste, natural fertilisation of the soil, no noise pollution, etc. This technique most particularly enables the upkeep of hard-to-reach areas (wetlands, scrubland, undergrowth, slopes etc.)

Eco-pastoralism or eco-grazing is an ancient method which was widely used by our ancestors in rural and mountainous areas. It consisted of letting herbivorous animals deal with upkeep, but became obsolete after the Second World War, replaced by mechanical tools and chemical weeding.

Recently, eco-pastoralism has been making a comeback thanks to greater awareness by the general public concerning the environment and the upholding of biodiversity. The principal aim of eco-grazing is not financial viability but the upkeep and restoration of environments whilst limiting expenses.

This approach to the upkeep of land enables the maintenance of biodiversity and the promotion of breeds that are seen as having little value, but it also has many other advantages.

The Impact of Equine Grazing on Green Spaces

The direct impact of large herbivores on plants is principally tied to their selective consumption and trampling (HESTER et al. 2006)

In addition, the effect of herbivores on the diversity of grazing lands is strongly tied to the selection of various types of animal (cf. ROOK et al. 2004 for a summary). The size, digestive physiology, oral and dental morphology of various herbivores tie in to the differences in food selection, and thereby in the potential impact on the diversity of the growth cover. In fact, grazing by horses leads to the creation of areas of short grass within a matrix of tall grasses that are little used for feeding and where elimination is concentrated.

In grazing, the use of contrasting load levels (the combined weight of herbivores per hectare) is a means to impact the structure of prairies and the quality of grazing resources. The degree of grazing by herbivores also impacts the evolution of plant composition for the cover (few references regarding equines).

The opening-up of the environment by grazing and trampling by horses encourages the replacement of species that compete for light by small species and/or those that compete for nutrients in the soil, which brings about the coexistence of a greater variety of species.

In the Camargue region, for example, horses have also limited the development of certain perennial species (the Phragmites australis reed in swamps, Dactylis Glomerata orchard grass and Agropyron Repens couch grass in prairies, to the advantage of annuals such as the Bellis Annua daisy). 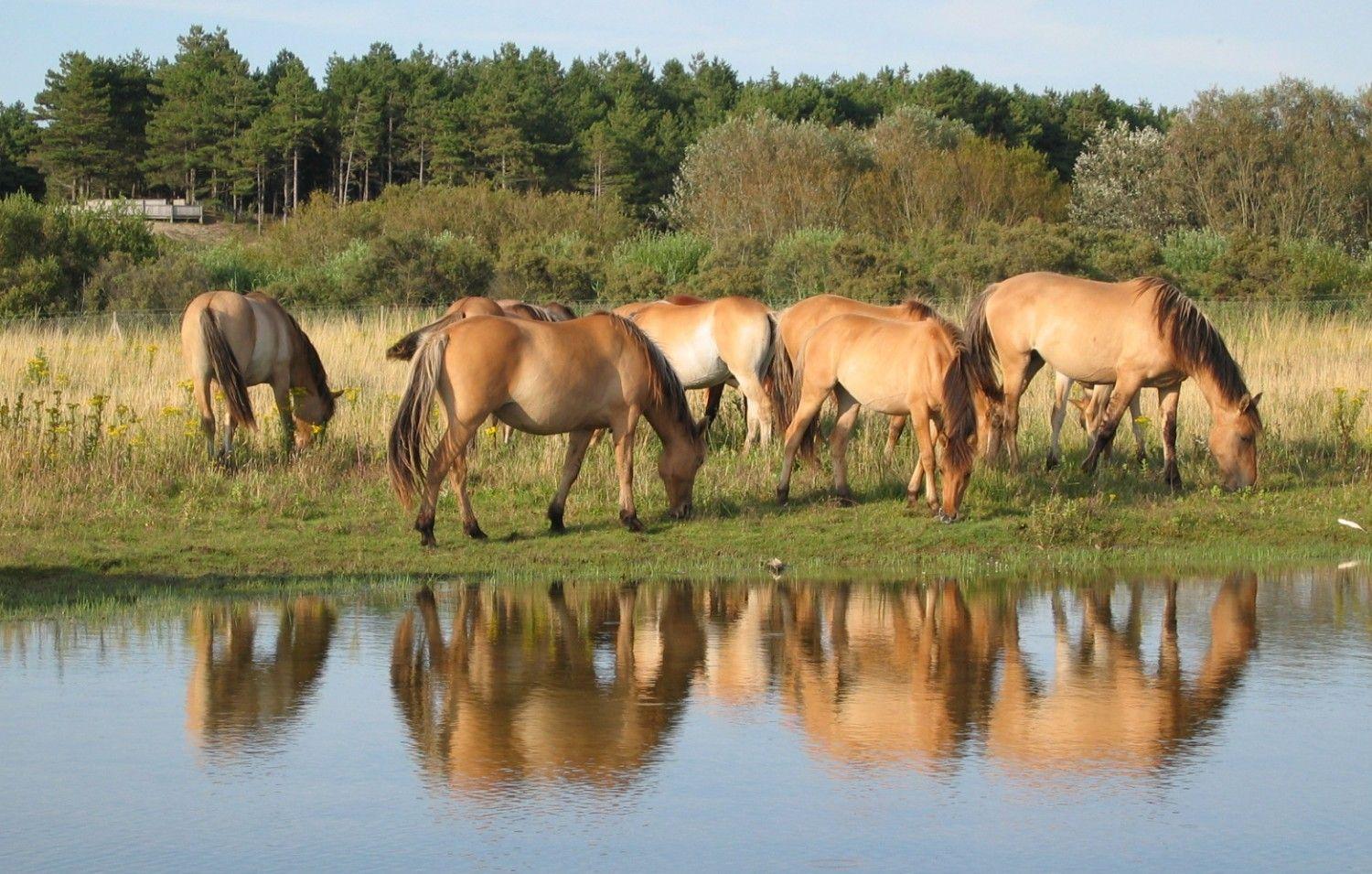 The Impact of Equine Grazing on Animal Communities

Horses favour the conservation of animal species that require open spaces. As is the case for plant diversity, the structural heterogeneity generated by equine grazing enables the coexistence of several habitats with complementary food resources, and in which insects and birds are protected from bad weather and predators. 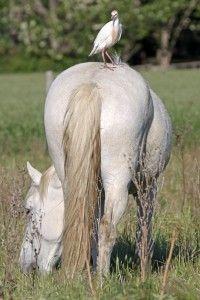 Several studies, mainly conducted in wetlands, show how equine grazing can be beneficial to bird life. In the Camargue, equine-bovine grazing has led to the increase in food resources for herbivorous and seed-eating birds (eg. Gadwalls or Anas Strepera, Mallards or Anas Platyrhynchos; (DUNCAN and D’HERBES, 1982). By limiting airborne development of wetland plants (eg. Sea Clubrush or Scirpus Maritimus, and the Common Reed or Phragmtes Australis), herbivorous animals have increased the amount of light available to the phanerogams and underwater algae consumed by the birds.

A short vegetation, maintained by equine grazing, can also favour insect-eating birds who can pinpoint their prey more easily in barren zones.

Few studies have looked at the impact of equine grazing on small mammals.

In the Camargue, Orchard Grass prairies from which equine grazing was removed were colonised by the Mediterranean Vole (Pitymys Dudodecimcostatus), probably due to the higher cover level and the absence of soil compaction (DUNCAN, 1992).

The facilitating effect of large herbivores towards small mammals was shown in the OOSTERVELD (1983) study in which rabbits benefited from the open areas maintained by large herbivores, including horses, as it is difficult for them to maintain zones open.

Worm species play a major role in preserving biodiversity in prairies by providing food for many vertebrate species and through their effect on vertical migration of the seed bank. Research studies that were carried out n the banks of the Rhône river show that the relatively poor worm biomass of an environment that has remained ungrazed for several years can be multiplied by ten after three years of intensive grazing by horses (NICAISE, 1996). 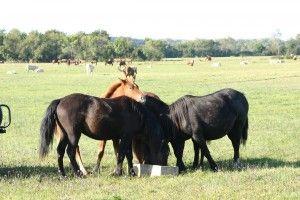 The diet of grazing equines is quite similar to that of bovines. Nevertheless, horses make much less use of broadleafs (flowering plants) than ruminant species, because of their lesser capacity to eliminate their secondary metabolite toxins (DUNCAN, 1992). They are therefore keener on monocots and have a preference for grasses.

The practice of mixed grazing is based on the synergy between animal species in making use of diversified resources.

In the Marais Poitevin region, a mixed equine-bovine grazing pasture proved to be more favourable for botanic diversity in terms of improving the diversity in higher zones (less used by horses) thanks to bovines. The later, being unable to obtain their daily ration on the short grass ones due to the unique structure of their incisors, fell back on the higher zones and there, limited the development of nitrophilous species (the structure of equine incisors allows them access to shorter growth).

In mid-mountain areas (Massif Central), the introduction of horses in a bovine herd led to improvements in the pastoral value and the specific richness of the growth due to the control of low-nutritional value grasses by the equines.

It would therefore seem that equines have numerous assets, complementary to those of domesticated ruminants, for the preservation or expansion of biodiversity in prairies.

For More information about : Eco-grazing