Horse meat consists of the muscle tissue of horses  supplied for human consumption.

As is shown in the hunting scenes depicted in rock paintings, horse meat has been eaten by man since the prehistoric era. Even though the degree to which slaughtered horses were eaten varied depending on the location, various analyses have shown that horses were an important food source.

In antiquity, most nations (Persians, Greeks, Chinese, Romans) ate horse meat. The Avesta (sacred text of the ancient Persians) shows Aryans eating horse meat before they became farmers. The Veda (Hindu sacred texts) teaches us that the Hindus ate horse meat since the dawn of time.

Throughout history, and most particularly with the domestication of equines, their consumption slowly declined. Rather than a meat reserve, the horse became a tool for conquest and leisure, a means of transportation or a work tool.

Most of the main historical opposition to the consumption of horse is rooted in religion. In the 7th century, the papacy prohibited horse meat, originally mainly to fight off the Pagan rituals of Germanic peoples who sacrificed them and ate their meat during their religious feasts.

Between 1739 and 1784, at a time when religious dictates had lost their deterrent power, French ordinances reminded people of the prohibition to eating horse meat, and worked to give it a bad reputation. It is only during periods of food shortage and famine that horse meat was eaten.

At the end of the 18th century, Parmentier fought to have its consumption accepted, but met with no success. It wasn’t until June 9, 1866, that the commercialisation of horse meat was authorised. The first horse-meat butcher opened in Nancy on June 15 of that year, followed by one in Paris on July 9.

Geoffroy Saint-Hilaire and the Société Protectrice des Animaux (Society for the Protection of Animals), founded in 1845, played a major role in this, seeing in this both a means of feeding the working classes and protecing old horses from being exploited. At this stage, doctors acknowledged certain nutritional virtues to this meat, leading them to prescribe it for anaemia or tuberculosis.

Over the past 30 years, and despite a series of sanitary crises around the bovine species, consumption of horse meat has been in free fall (-72 %).

The Advantage of the Horse Meat Sector within the Horse Industry

After the Second World War, the development of mechanisation in agriculture led to a rapid decline in equine livestock. Since that time, the number of draft horses, initially used for animal traction, has been going down steadily. Nowadays, the majority of draft horses are raised for the meat sector. Paradoxically, it is this outlet which has enabled the conservation of France’s nine breeds of draft horse, a genetic heritage that is unique in the world.

Declaration by Haras Nationaux (French National Stud) in February 2006. Can be seen at www.viande-chevaline.fr

Let us keep in mind that, in certain regions, natural conditions are unfavourable to crop-farming, making extensive livestock breeding the only agricultural option possible. This is typically the case in mountainous areas. In such conditions, breeding animals does not compete with people because they bring value to grass, a resource that the latter cannot consume directly. Livestock is also an important economic development tool for farmers in these regions.

In France, half of all horses belong to farming operations and the breeding of draft horses (40% of all horses nationwide) is concentrated in mountainous areas such as the Pyrénées Atlantiques, Massif Central and Rhône-Alpes (La production de viande chevaline en France des années 50 à aujourd’hui – FranceAgriMer/ Production of Horse Meat in France From the 1950s Until Today – FranceAgriMer, January 2015)

The advantages of the meat outlet:

A heritage interest which maintains genetic biodiversity in a pure-bred operation, and safeguards know-how;

A social interest though maintaining activities in rural zones that are often underprivileged, helping to maintain breeding activities as their main activity, and the retention of rural skillsets (veterinarians, farriers, harness makers etc.);

An economic interest through the organisation of a viable sector and associated professional organisations, an interest in exports and a trade balance in live animals; 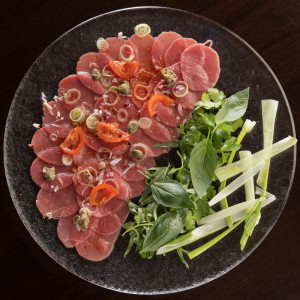 Horse meat is seen is seen as a “healthy meat” because it is low in fat (les than 5% lipids, of which approximately 60% of essential fatty acids or Omega 3 and 6) in comparison to other red meats.

Horse meat is rich in proteins, with about 20gr per 100gr of meat.

Horse meat is exceptionally high in iron (almost 4mg of iron per 100gr of meat). This is heme iron (found in haemoglobin and myoglobin) which is well absorbed by the human body, unlike non-heme iron which s found in plants, eggs and dairy products). It is also high in Vitamin B12, B3 and B6.

For those who like this meat, its man characteristic is how tender it is.

The Market for Horse Meat in France

Horse meat imported into France comes from two types of supply chain: Animals that are imported live into Europe, and horse meat imported mainly from North America. The numbers for live imports have been dropping year after year since the 1970s, due both to lower horse numbers in Europe and also stricter regulations governing the transport of live animals.

French meat from French youngstock, known as pink meat, is mostly exported. It is often not known to the French consumer, except in certain production areas such as the Franche-Comté.

Starting in 2010, INTERBEV Equins started a debate with a view to better meeting the expectations of consumers and promoting this product in France. Short-term initiatives are under development to promote this fine pink meat.

The channel ensures strict compliance with French and European regulations, be it in terms of traceability, health safety or respect for the animal’s well-being.

As is emphasised by the CIV (Centre d’Information des Viandes/Meat Information Centre) in a press release, the horse meat channel, just like other animal channels, is subject to strict European regulations in terms of breeding practices, transport of animals, slaughter, and the commercialisation of the meat.

Each foal is registered at birth, and an electronic chip the size of a grain of rice inserted into its neck.

Horses that are raised for the meat market are subjected to very strict standards of traceability and follow-up in terms of medical treatment.

On French territory, all owners can make the choice that their horses can never been slaughtered for food. This information is included in the medical treatment file that is part of the horse’s passport. This decision is a final one.

This approach is important in terms of traceability as it provides information on the origins of horses taken to slaughter. In fact, any veterinary medication administered to a horse that is headed for human consumption is subject to very strict regulations so that no residues are left in the final product. Furthermore, certain medications are allowed or not, depending on the horse’s destination.

The duration of transport is particularly strictly regulated. It must be no longer than eight hours straight for adult horses. If, exceptionally, this amount is exceeded, the trucks must have the necessary equipment to water and feed the animals every eight hours. If the duration of the transport is greater than 24 hours, the animals must be offloaded at an approved site, and given 24 hours’ rest, and be fed and watered, before restarting their journey.

All transport companies must be approved. The transport of sick or wounded animals or pregnant females for slaughter is forbidden.

At the slaughterhouse, the horses are put together in pens or individual stalls where they are watered and kept in a calm and restful environment. There is not and can never be any ill-treatment in the breeding of horses for meat. On arrival at the slaughterhouse, each animal is inspected by a veterinarian.

A horse cannot be slaughtered for human consumption if it is sick, in a poor sanitary condition, or comes without the proper health documents.

In the United States, the ban on horse slaughterhouses has resulted in consequences that are the opposite of those that were expected in terms of animal well-being. In effect, even though horses are fragile animals, there are many cases of abandonment or lack of care. The path to a horse’s hell is often paved with good intentions! 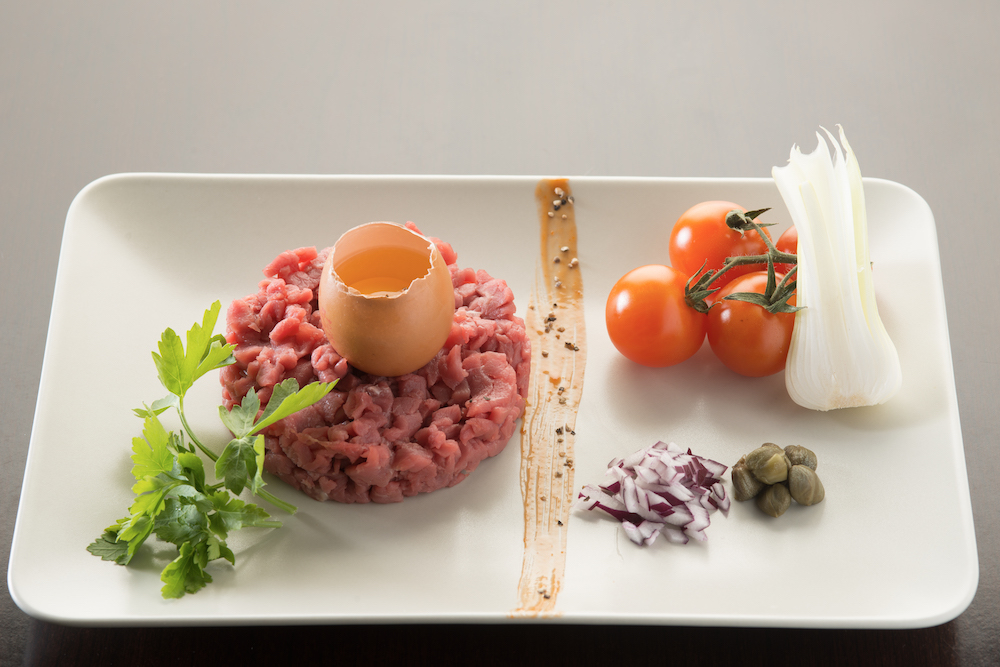 As of 2013, the production of horse meat in France accounted for less than 0.5% of all annual meat production, way behind sheep/lamb at 6% and beef at 93%.

France is Europe’s 5th largest producer of horse meat (8% of total European volume). According to FranceAgriMer and customs statistics, production has gone down from 85,000 tonnes in 1981 to a little over 20,000 tonnes in 2012. The consumption of horse meat nowadays accounts for only 0.32% of all meat consumption in France, totalling less than 300 grams per person per year, compared to 2.2kg in 1963 (after a slight increase in 2013, there was an 8% decline year and year in 2014). Source: Interbev

France is the third largest consumer of horse meat in Europe, after Italy (800 grams per person per year) and Finland (440 grams).

16% of French households buy horsemeat an average of six times a year (440 grams per person per year ).

The area around Paris and the north of France account for almost half of all horse meat consumption in France.

Demand for horse meat in France is mostly met through imports. These started in the 1960s at which point live animals accounted for more than 90% of the tonnage. The import of meat increased until the 1980s and reached a high in 1979 with 57,400 carcass tonnes of horse meat imported, at which point it overtook live imports. Since then, purchases of meat have been on a downward trend due to less consumption of horse meat in France. In 2013, France imported only 13,000 carcass tonnes of horse meat, of which less than 3% was frozen meat. France’s main supplier in horse meat is the American Continent (over 55% of exports), with the largest supplier being Canada, followed by Argentina, Mexico and Uruguay. The United States long exported horse meat to France, until a 2007 American law which prohibited the use of federal funds for veterinary inspections of carcasses meant for human consumption. The result of this was to stop all slaughter operations in the United states, which was the aim of welfare organisations which had promoted the law, and to increase export of live animals over long distances to Canada and Mexico where slaughter was still permitted. The prohibition was lifted in 2012 but the United States has not yet returned to the international scene in terms of trade in horse meat. (La production de viande chevalier en France des années 50 à aujourd’hui – FranceAgriMer/ Production of Horse Meat in France from the 1950s until today – FranceAgriMer, January 2015) .

For More information about : Horse meat

INTERBEV is the National Interprofessional Association for Cattle and Meat. It was founded in 1979 on the initiative of organisations representing the cattle and meat channels.   INTERBEV Equins is the equine portion of INTERBEV which was created in 2002 on the initiative of all professionals in the horse meat field. Its main goals are to promote horse meat and its channels, and to lobby at government level.

The mission of CIV (Centre d’Information sur la Viande/Meat Information Centre) is to promote greater understanding and knowledge concerning the effects of the breeding and meat channels, and to encourage debate on controversial subjects.

FranceAgriMer is the National Institute for Agricultural and Marine Products