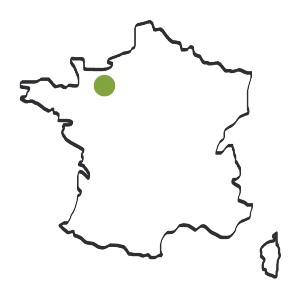 Originally from the five departments that make up greater Normandy (Calvados, Manche, Orne, Eure and Seine-Maritime) plus two departments from the Pays de la Loire (Mayenne and Sarthe), the Norman donkey was bred and raised in these regions for its suitability to farm work.

The rapid growth in the milk industry from the middle of the 20th century through the 1960s led to its ubiquitous use for transporting the milk gathered n the fields to the farms’ dairies. A traditional French “Epinal” image of this donkey laden with milk jugs and, occasionally, also with a milkmaid on its back, had its roots not in legend but in the daily life, twice or three times a day, of the Norman donkey.

The Norman donkey breed was recognized in 1997. 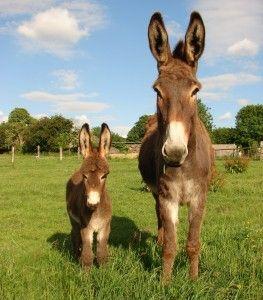 In terms of morphology, they are small but stocky, strong and assiduous at work, a look achieved over the years through the work they did. Above all, breeders look for well-proportioned animals

This varies from bay to chocolate, with a clearly drawn St. Andrew’s cross.

There can be lines on the legs

Nowadays, this breed’s particular abilities are appreciated in all modern uses. It is excellent for all small jobs, from market gardening to logging. Its temperament and small size make it an ideal family trekking companion. 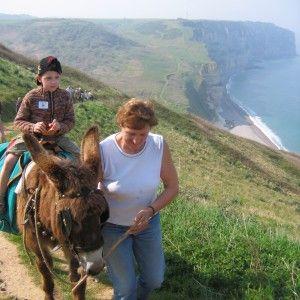 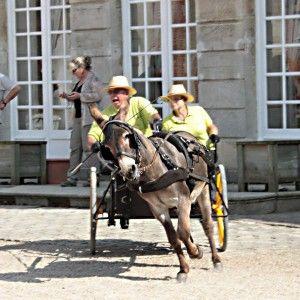 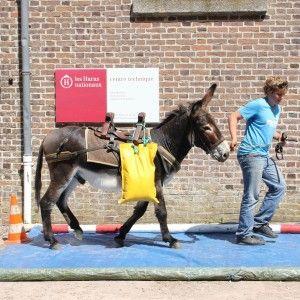 For More information about : Norman Donkey