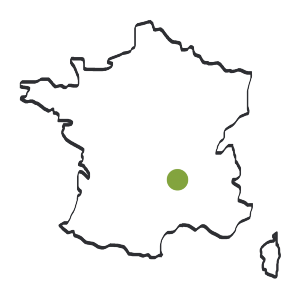 The history of the Auvergne horse goes back to 732 when Charles Martel fought back the Saracens on the plains of Voussé. Faced with defeat, the Saracens left their oriental horses behind. These small horses settled in the departments of Corrèze, Creuse and Haute Vienne and were later known as the Limousin breed.

Texts dating back to the 12th century talk of the existence of a small hardy horse, with oriental looks and some blood, and this is the Auvergne horse. It was deemed preferable to the Limousin horse because of its many qualities. It was better adapted to mountainous areas and rough terrain and more resistant to illness and bad weather.

There were some changes to the breed in the 17th century and it was divided into two distinct branches: The first branch concentrated on producing a war horse and the second to producing a farm horse. In order to have a horse suitable for war, the stud farms crossed the Auvergne horse with thoroughbreds and Anglo-Arabs. It is from these numerous cross-breedings that was born the Auvergne warmblood. But this horse had lost the very qualities of the Auvergne horse and did not survive the end of the use of horses by the military.

During that time, the second branch version survived thanks to its use in farm work. The Auvergne horse’s golden age lasted from the end of the 18th century until the end of the 19th century. The model was developed. Its character and hardiness brought it great success.

Sadly, with the arrival of mechanisation, the Auvergne horse breed met the same fate as many of the heavy horses, and declined to such an extent that it became endangered. Since then, the breed association which consists of breeders and aficionados of the Auvergne horse has been working to regain a balance in numbers so as to preserve the legendary qualities of this breed.

The Auvergne horse breed was recognised in 2012.

Black, brownish black and all shades of bay.

Black extremities should be well marked.

The Auvergne horse has been selected for years for its hardiness. This is a little mountain horse which does well in an extensive management environment, which makes it possible to breed it in semi-mountainous areas in which other horses don’t thrive.

The Auvergne horse is a small multi-purpose leisure horse which is as suited to riding as to driving.

It also works well in riding schools where its appearance and character reassure beginners.

As a good weight-bearer, it is an excellent option for equestrian tourism, and an ideal partner for TREC. 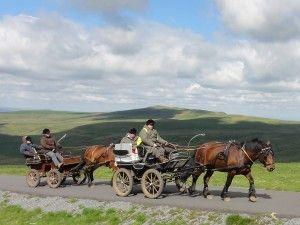 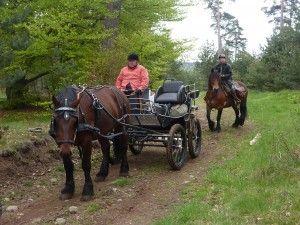 For More information about : Auvergne Horse