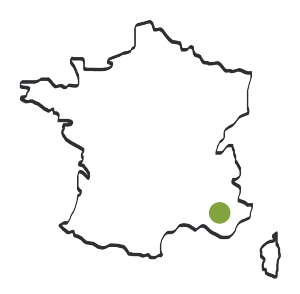 The oldest texts show the importance of donkeys in sheep breeding as far back as the 15t century. This system was based on the transhumance between Basse Provence and the mountain pastures of Haute Provence, the Alps, and the Dauphiné.

For almost five centuries, they have playing leading roles in the transhumance of sheep by carrying, on specially fitted packs, the equipment, the food for the shepherds, the salt for the sheep, and even the lambs born along the way.

The shepherds thus selected donkeys with a solid build to carry heavy loads, with a sweet character, and good legs to walk the trails.

The use of railways and then lorries considerably reduced their role. Thus, the total number of agricultural uses donkeys counted in the departments of Provence (Bouches du Rhone, Var, Vaucluse, Alpes de Haute Provence) shrank from 13000 head at the end of the 19th century, to 2000 in 1956, and just 330 in 1993. 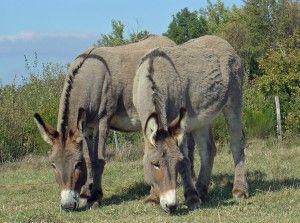 The Provence donkey is rustic, solid, and strong-boned.

The most typical coat colour is dove grey (with pinkish reflections). But, depending on the animal, the grey can vary from very pale to very dark, with always, on the back, a clearly drawn cross. These various shades of grey are always uniform rather than the typical salt and pepper look of the Andalusian donkey. No other colour is acceptable.

First and foremost, this is a solid donkey that is not afraid of carrying heavy loads. Its temperament (calm and patient), its sure-footedness, and its conformation make it an excellent trekking partner, even in rough terrain.

It is particularly well-suited to dry terrain, is an enthusiastic mower who can maintain fireguards…

Easy to train to carry packs, to drive and to ride, it is still in use by some shepherds to accompany their transhumance. 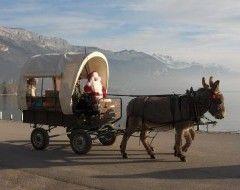 For More information about : Provence Donkey