The Pyrenees donkey was the work companion of small landholders: if the space was limited and the soil too poor, the only option was to keep an animal frugal enough to deal with harsh conditions. At those times, the donkey was of great help! 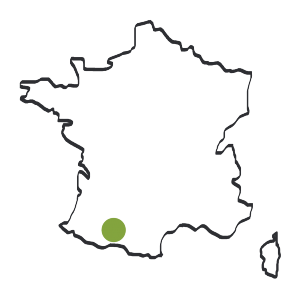 The donkey was used for al kinds of transportation and farm work, both driven and as a pack animal.: milk or bread delivery, bringing cheese down from mountain pastures, bringing ice down from glaciers, bringing down hay or heating wood.

Its numbers were plentiful at the beginning of the 20th century.

The First Wold war led to a serious decline in rural populations and the donkey suffered as a consequence. A victim to competition from the combustion engine, the donkey was totally cast aside and almost vanished. At the end of the Second World War, farmers preferred the smell of engine oil to the smell of horse manure! The bottom was reached in the 1990s.

In the Pyrenees, the steep topography continues to slow down the advance of mechanisation for farm work, and the strains of Pyrenees donkey adapted to work were able to survive.

According to Rossel (1921), the cradle of the Pyrenees donkey, which is the origin of all European breeds of donkey, is:

The Pyrenees donkey breed was recognized in 1997.

Lively, keen, harmonious, elegant with a noble and alert expression

The “Catalan” type is quite tall, long in the body, with flat and angular lines, whereas the “Gascon” type is smaller, of medium proportions, and a rounder, more harmonious morphology. 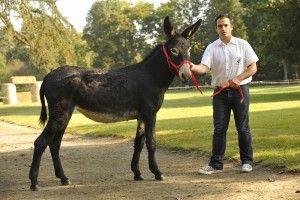 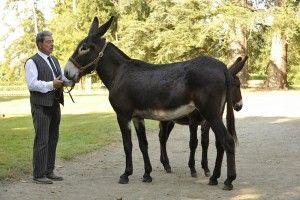 From 1.25m to 1.35, for entire males approved for reproduction

Over 1.30m without a maximum for jennies

Over 1.35m without a maximum for geldings, as well as for entire males approved for reproduction for pure-bred donkeys and for mules

The area around the eyes (“glasses”), the tip of the nose, the groin, the belly and the inside of the legs are a lighter shade. The zone between the two shades can be reddish. The adults have a short coat in the summer.

The Pyrenees donkey, especially the Gascon type, is an excellent pack animal. It can easily carry 50kg and can go down a drop of 1500m on a trek in 6 to 8 hours. Its sure-footedness, along with its calm and kindness, make it an ideal trekking companion, both for adults and children. Nowadays, many professional facilities welcome trekkers and tourists and organise for them circuits to discover the Pyrenees.

Due to its large size, the Catalan type donkey is also ridden and driven, disciplines in which it has the advantages of a calm nature and surefootedness. It is a perfect partner to pick up refuse in public places during events, using a specially designed refuse container.

Nowadays, more and more breeders are coming back to the traditional production of milk from Pyrenees donkeys, which was particularly well-known in the 19th century. It is used to make soaps and cosmetics that are known for their skin-nourishing qualities.

In this environment which is more turned towards the organic and nature, donkeys also are finding a place in the upkeep of distant and inaccessible plots which are hard to reach with mechanised vehicles. This is known as eco-grazing. 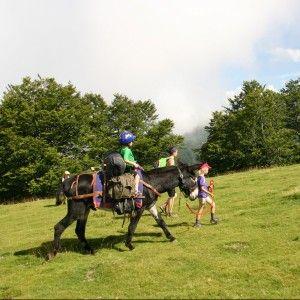 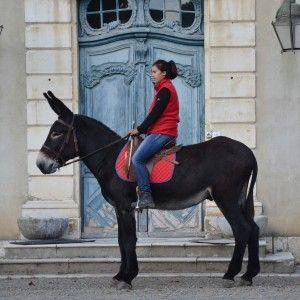 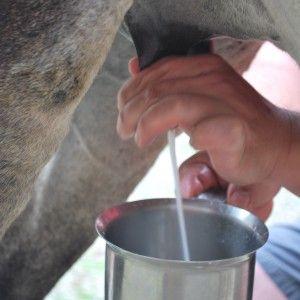 There are references dating back to Roman times of mules being used as pack animals in the empire, most particularly in Spain and Gaul. In the 12th century, breeding mules was a thriving industry in southern France.

From 1914, the use of mules decreased within armies as a result of mechanisation. Up until 1950, France was able to ensure their survival due to large-scale exports towards warm-weather climes.

The result of breeding a jack to a mare, the mule is a hybrid that belongs to the equine family, like horses and ponies. Males offspring are sterile whereas female offspring are only very exceptionally fertile.

These mules are raised on the Lannemezan plateau and in mountainous zones. The quality of the breeding is due to the characteristics of the “terroir” and the secular know-how of the people of the Pyrenees who were able to combine tradition and evolving needs. 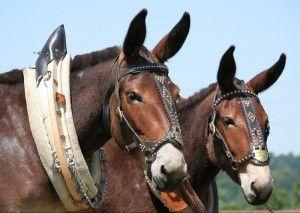 With a harmonious morphology, the Pyrenees mule is usually deep or bay black, bay or grey.

Dun, dark grey and piebald are not acceptable colours.

This vigorous hybrid combines its sire’s (Pyrenees donkey) sobriety and the strength of its dam (Either a Breton or Percheron draft mare or and Anglo-Arab, Merens or Castillonais). The size and use of the mule varies according to the selection of the dam. The smaller mules generally have Merens or Castillonais dams and tend to be used as pack or riding horses. The larger mules, with Breton or Percheron dams, are ideal for agricultural work (logging, working in vineyards), traction and driving. The mules with Anglo-Arab dams are very well-known as riding horses and for endurance.

This is an animal of good temperament, willing to work, easy to use, absolutely calm in difficult conditions. It adapts itself, thanks to its resilience, to all situations, all weather conditions and the most varied terrain. Its legendary ability has made it sure-footed, and its generous temperament has made it pleasant to use. 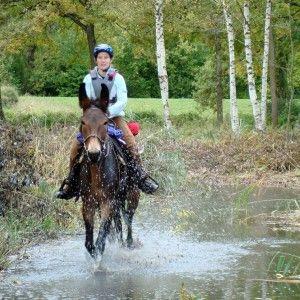 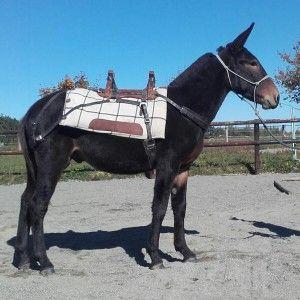 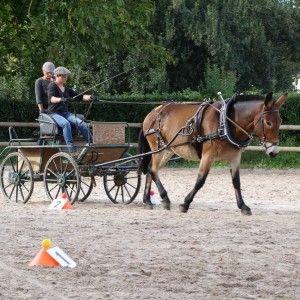 For More information about : Pyrenees Donkey and Mule