The introduction of donkeys in the Manche area seems to go back to a relatively early period in history. 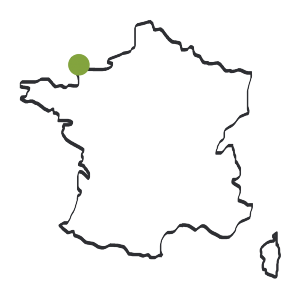 Research in departmental archives shows that there were already donkeys in this department towards the middle of the 16th century, or even earlier since certain municipalities in Basse Normandie recall donkeys in their place names;

– Asnières en Bessin (near Isigny-sur-Mer in the Calvados), towards 1069

The Cotentin donkey was concentrated mainly in the northern part of the Cotentin. Before the war, between 300 and 400 donkeys were sold at the fairs of Lessay and Gavray, going to other parts of France and even overseas.

Around the 1930s, there were about 9000 donkeys in the Manche, mainly used as pack animals to transport milk from local cows using packs, crates, stoneware milk jugs, or milkmaids riding sidesaddle.

Given its sweet temper and its morphology, this donkey is ideally suited to trekking and driving. It is also a wonderful pet which is used in animal therapy. 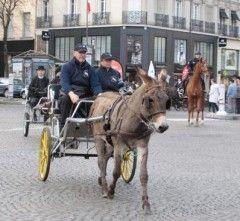 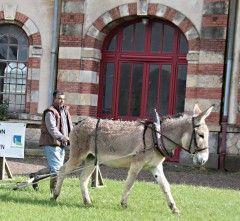 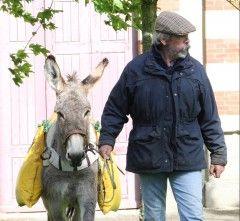 For More information about : Cotentin Donkey