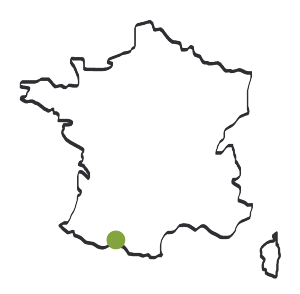 A mountain horse, the Castillonnais horse from the Ariège, originally from the Vallé du Biros which is at the extreme south-west of the department of the Ariège, has the qualities brought to it by the land of the Ariège.

Also known as “Cheval de Biros” or “St. Gironnais” (from the name of the town which holds a major horse fair on the day after All Souls Day), the Castillonnais horse attracted early on the interest of a prominent equine specialist from the Ariège, Gabriel Lamarque, to whom are owed the first efforts to develop the regional equine population. As is the case with all the Pyrenean horse breeds, (Pottok, Anglo-Arab, Landais etc.), the Castillonnais horse which originally comes from very old herds of wild horses, as depicted in paintings and sculptures found in grottoes in the Ariège, was marked over the years with oriental, and even more so Spanish, blood, which can still be seen today in the breed’s characteristic expression.

Very deeply endangered by cross-breeding with heavy drafts and also by the rural exodus in its land of origin, as well as the loss of traditional outlets (army, agricultural, transportation), this worthy little breed would have disappeared had it not been for the valiant efforts of a group of friends in the 1980s.

Legend places its cradle in Greece, saying the same also for the unusual folkloric dress of the high valleys of Bethmale and Biros. The story is that a certain Jouanissou, a local lad, came back from Greece in the 15t century, having made his fortune there, with goats, mares, cloth and women who first terrified everyone in the valley, before their own customs were transformed and absorbed these new ideas.

Closer to home, certain historians claim that King François 1st rode a Biros horse at the Battle of Pavia.

The Casttillonais horse breed was recognised in 1996.

The coat is bay black or a deep chestnut bay, with russet spots and a reddish hue to the nose. The shades can vary somewhat according to the season.

Its agility, frugal nature, resistance to work, and very gentle, respectful and easy temperament make it a multi-purpose horse.

Today’s Castillonnais horse is perfectly suited to all types of leisure riding.

Mountains are its preferred location, as it has been familiar with them since it was young. Nothing daunts it, neither steep tracks nor bad weather frighten it, and it is indeed a pleasure to discover the cradle of the breed in absolute safety on the back of this horse.

Its weight-bearing capacity and the way it has adapted to mountain living are astonishing. Despite its size, it can perform as well as mules.

Its abilities as a driving horse have always been recognised, and bring pleasure to the increasing number of aficionados. Its return as a municipal horse has been an effective one, and it is now being used in many types of traction work. 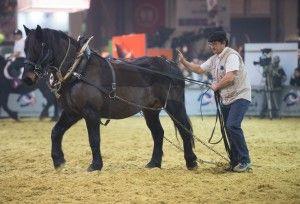 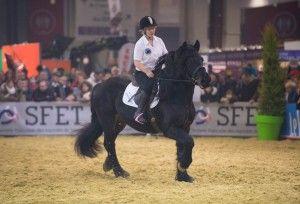 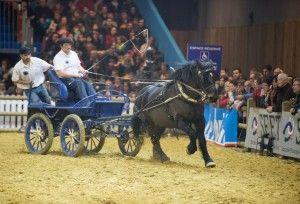 For More information about : Castillonnais Horse