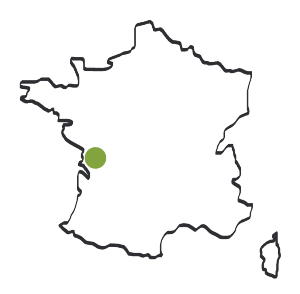 Eugène Ayrault, a 19th century veterinarian from Niort corroborated the hypothesis of a horse that originated in the marshlands of the Bas-Poitou by emphasising its morphology which bears the seal, in all its fibre and in everywhere in its shape, of the influence of low-lying and humid soil.

The indigenous strain was probably crossed in the 7th century with horses from the Netherlands. In 1867, a well-known zoological scientist called André Sanson stated that there was no discernible difference between the Poitevin draft and the Flemish draft, a heavy horse from northern Europe which had come to the Marais Poitevin (Poitou Marshlands) along with the Dutch workmen who had been commissioned to carry out work by King Henri IV.

On this subject, the director of the veterinary services of the Deux-Sèvres department, Léon Sausseau, noted in a 1925 work that if horses coming from the Netherlands were able to colonise these drying regions, they must have come across a similar type and held on to their character because they found themselves in a similar atmosphere to that of the Dutch “polders”.

Usually known as a “Mulassier” (mule breeder), the Poitevin Draft was made good use of until the end of the Second World War. It was a profitable business to cross Poitevin Draft mares with the Baudet du Poitou donkey, which gave the large-sized Poitou Mule that is known worldwide.

The Plan to save the Breed: 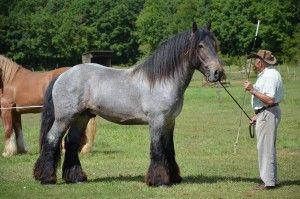 In the year 2000, the breeders’ association was transformed into a National Unit for Breed Selection and Promotion (Unité Nationale de Sélection et de Promotion de Race (UPRA)) under the Livestock Act of 1966. This brought together for the first time all of those who are concerned by the future of this breed: breeders, approved organisations in charge of semen production (SABAUD and the Haras Nationaux (National Stud), users (stallion owners and riding clubs), and CREGENE (Atlantic Centre West Conservatory for Genetic Resources).

In the framework of the revision of the genetic measures included in the Agricultural Law of January 5, 2006, it was stated that the UPRAs were meant to become selection organisations. In the spring of 2010, as a logical progression to the work carried out by its founders, the Poitevin Drat UPRA became the Poitevin Draft National Association, the selection organisation for the breed.

The Poitevin Draft breed was recognised in 1884. 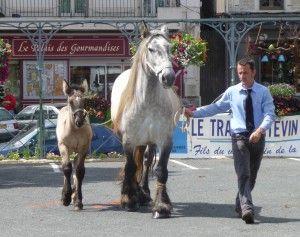 The colour comes in various shades and can be grey, black, bay or dun.

Long raised fully outdoors in the Marais Poitevin, the Poitevin Draft is suited to humid zones.

In addition to its adaptation to humid zones, the Poitevin Draft has another characteristic which gave it its full name of Trait Poitevin Mulassier: the cross-breeding of Poitevin mares with Baudet du Poitou donkeys, which gives a remarkable hybrid, the Poitevin Mule.

Elegant, docile and close to man, the Poitevin Draft is highly valued for leisure activities (both ridden and riven). Its natural good looks (unusual coats and full manes) makes it very appealing, especially in the tourism industry. Its calm nature and its pulling abilities are valued by professional loggers, those who work in vineyards, and for municipal work. 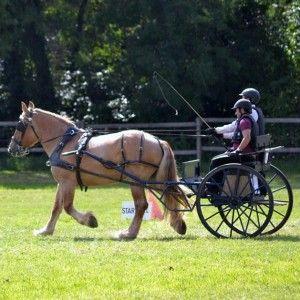 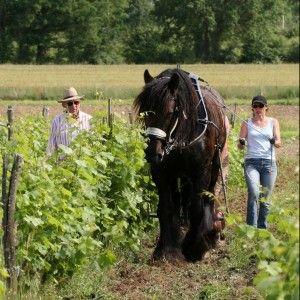 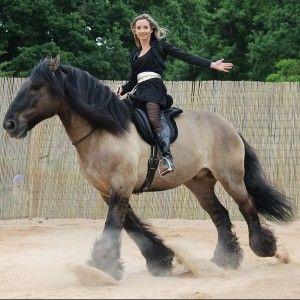 For More information about : Poitevin Draft